Better weather is FINALLY here–so we can finally enjoy the great outdoors…Whether you’re planning a trip to a new and exotic location, swimming at the municipal pool, revisiting your favorite haunts or prefer armchair traveling on your porch with an iced tea, chances are we have what you’re looking for (as well as a few surprises).

The Parks and Recreation display in Reference has maps, pamphlets, guides, books, and videos–most of which are available for check-out–on places like St. Augustine, Florida, the oldest city in the U.S.A.; the Northwest’s famous Pacific Crest Trail where one can hike or backpack all or parts of the trail from Mexico to Canada; pedal along your favorite Illinois bike path; camp, surf, swim, or beach-comb along the Pacific coastline of Mexico, California, Oregon, Washington, Canada or Alaska; follow in the footsteps of Captains Meriwether Lewis and William Clark who trekked 8000 miles in 28 months; sign-up for the rafting-ride-of-a-lifetime along the Snake River; or read Aldo Leopold’s classic A Sand County Almanac whose book begins with “There are those who can live without wild things, and some who cannot. These essays are the delights and dilemmas of one who cannot.”

This display highlights only a fraction of what’s available to you in our collection. Happy trails and happy summer!

May is Asian-Pacific American Heritage Month

DVD’s (located on the 4000 level of Booth Library)

A Korean drama about a man and woman who meet one day while chasing a pickpocket at the airport and develop feelings for each other.

Filmed in Bali, this folk-music documentary illustrates the day-to-day life of the islanders, their folk songs, Gamelan orchestras and dance-dramas. The temple is the focal point of each village, where the villagers gather for religious ceremonies as well as for music and dance.

In a poor suburb of Auckland, Jake and Beth Heke live a life defined by drunken parties, unstable friendships, and confrontations with authorities. Jake, a complex man with a rascal’s charm, is weighted down by a quick temper, alcoholism, and an evil streak of male entitlement. Beth’s beauty has been scarred by broken dreams and Jake’s beefy fists. Yet her inner strength and desire to save her family make her the solid center around which this story of tragedy and hope is constructed. more

Khamosh pani = Silent Waters (2004)
PN1997 .K5125x .DVD
Set in Pakistan, in 1979, as the country begins embracing Islamic nationalism. Widowed Ayesha lives in Charkhi, Punjab with her son Saleem, who is one of those caught up in the new fundamentalist teachings. As Saleem and his friends attempt to enforce their beliefs on the local community the situation is made even more difficult by the arrival of Sikh pilgrims. 2005 award winning film from the Association of Asian Studies Film Festival (in Panjabi and Urdu with English subtitles).

Tasŏt kae ŭi sisŏn = If You Were Me 2
PN1995.9.D6 T376 2007x .DVD
A collection of Korean short films from the Korean Film Council. In Korean with subtitles in Korean, English, French or Spanish

Crouching Tiger, Hidden Dragon
PN1997 .C789x .DVD
Set in 19th-century China, two master warriors are faced with their greatest challenge when the treasured Green Destiny sword is stolen. A young aristocratic woman prepares for an arranged marriage, but soon reveals her superior fighting talents and her romantic past. As each warrior battles for justice, they come face-to-face with their worst enemy, and the enduring power of love.

Yi Yi = A One and a Two …
PN1997 .Y552x .DVD
Originally released in 2000. Three generations of a middle-class Taiwanese family living in modern Taipei have their personal problems – failing business, lost love, endangered health, and more – to deal with in Edward Yang’s nicely observed slice-of-life drama. Filmed with a static camera and edited in an unhurried rhythm, this intimate story unfolds over the course of a year that begins with a wedding and ends with a funeral. 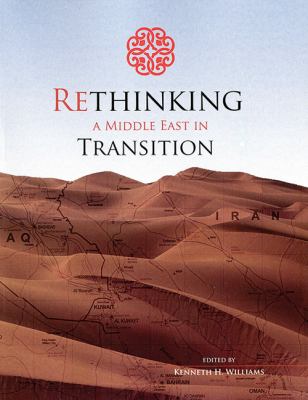 The World Through Arab Eyes: Arab Public Opinion and the Reshaping of the Middle East
DS36.7 .T45 2013x

The Past: War and Conflict 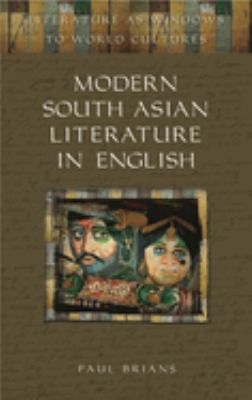 On  the national scale “the Library of Congress, National Archives and Records Administration, National Endowment for the Humanities, National Gallery of Art, National Park Service, Smithsonian Institution and United States Holocaust Memorial Museum join in paying tribute to the generations of Asian and Pacific Islanders who have enriched America’s history and are instrumental in its future success.” from the Asian Pacific American Heritage Month website

In the Spring of 2014 Booth Library received a grant to present a programming series titled “Let’s Talk About It: Muslim Journeys“.  The library used this grant to purchase several books on diverse topics about Muslims in the United States and around the world.  The items purchased from this grant can be viewed on page 16 of the programming booklet.

Summer is on the horizon and that means it’s time to start planning your summer getaways!  Visit the travel display on the 3000 level for some ideas.  A sampling of the display is listed below: 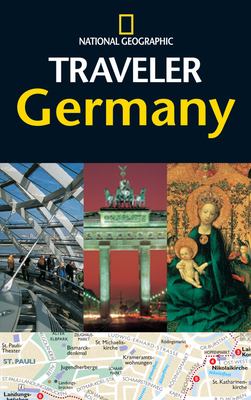 Celebrate National library Week April 12-18, 2015! This year’s theme is “Unlimited Possibilities @ Your Library.” Best-selling author David Baldacci is the Honorary Chair of National Library Week and in recognition of his achievements Booth Library has displayed several of his thrilling novels of the past 20 years in the main corridor of the library. Take a look as you pass through, or follow links below to see the catalog record and summaries of the novels.

Graduation will be here before you know it…and then what?  Use these books (displayed on the 3000 level of Booth Library) to read up on job interview tips and tricks.  You’ll have a new job in hand by the time you walk across the stage.

Elements of Resume Style: Essential Rules for Writing Resumes and Cover Letters That Work
HF5383 .B423 2014

Unbeatable Resumes: America’s Top Recruiter Reveals What Really Gets You Hired
HF5383 .B4335 2011

The Artwork of Russell Means on display

Means, perhaps best known as a political activist and early leader of the American Indian Movement, could barely talk because of a cancerous tumor pressing against his throat.  He and his wife, Pearl, met Grado, a world renowned oncologist based in Scottsdale, Ariz., during Means’ initial consultation.

“When we walked in, Gordon sat on the edge of his chair, looked straight into Russell’s eyes and told him what an honor it was to meet him,” Pearl Means recalled.

Grado went on to tell the couple about his father, Louis, a retired Eastern Illinois University professor of education, who would come home each evening and ask his children, “What did you do for humanity today?”  The elder Grado would also talk about notable individuals who worked and sacrificed for the good of the people.

Russell Means, Grado said, was one of those notables by whom he became so inspired.

“He and my father were alike in their struggle to identify whatever wasn’t right and to try and find a solution without compromising one’s beliefs or principles,” Grado said.

“As (Russell’s) wife, I often heard others speak highly of my husband,” Pearl Means said.  “But Gordon’s words were especially powerful.  My husband told me later that he knew he had an ally in Dr. Grado.”

“But we were very grateful for Dr. Grado’s help,” Pearl Means said.  Through a treatment known as TomoTherapy, her husband’s tumor had been “successfully eliminated,” allowing him to spend his finals days on earth with his voice intact.

Grado and his wife, Mary, continue to keep in contact with Pearl Means.  They also collect artwork created by her husband, who began painting in the ‘90s.

Pieces of their collection, titled “The Artwork of Russell Means,” will appear on display between April 13 and May 15 in the Marvin Foyer of Booth Library, located on the campus of Eastern Illinois University.  Admission is free and open to the public.

“Mr. Means was not only an activist, but a musician, artist, philosopher, mentor, historian, sociologist and history maker,” Grado, an EIU alumnus, said.  “Touching on all of these areas truly makes him unique and someone that would touch the university, students and faculty in many ways.

“The forte of Mr. Means’ work is not only in his activism and support of the indigenous nations, but his constant commitment to identify and attempt to correct any injustice that he saw,” Grado continued.  “He also didn’t mind discussing either his weaknesses or his strengths and was uniquely able to provide not only a magnifying glass to see life but a corrective lens to see it clearly.”

Russell Means appeared in the 1992 film, “The Last of the Mohicans,” as Chingachgook.  “That role opened up the artistic side of this man,” Pearl Means said.  He viewed “artists as the true revolutionaries, for they see the need for change first.”

Her husband created dozens of paintings over the year, including five series. One of those series, titled Indian Killer, features 12 “alleged American heroes.”  Each piece measures 34 inches by 27 inches and includes a framed narrative, written by Russell Means to explain “who (those individuals) really were.”

Additional exhibit pieces include the following:  “Buffalo on Plains,” “Ancestors Leaving,” “Tatanka,” “Valentine,” “The Dance” and “Crazy Horse.”  The exhibit also features a portrait of Russell and Pearl Means that was painted by Pearl’s sister.

Need a topic for your next paper or speech?  The book series Contemporary World Issues provides overviews of dozens of important and controversial topics (136 titles, almost a gross!).  Several of these reference books are on display in the reference room in Booth Library. 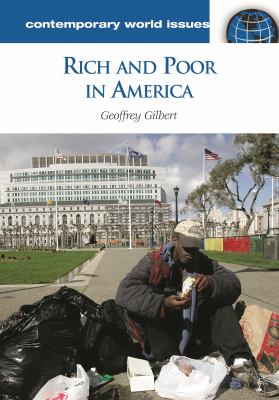 Profiling and Criminal Justice in America: a Reference Handbook
HV9950 .B86 2004