Since we are in the heart of farming country here are a couple of sites of agricultural and rural studies interest…
OpenLandContracts.org , Sponsored in part by the Columbia Center on Sustainable Investment, provides information on Corporate investments in world-wide farming.
from the site: “OpenLandContracts.org is an online repository of publicly available contracts for large-scale land, agriculture, and forestry projects. The repository includes the full text of contracts; plain language summaries of each contract’s key social, environmental, human rights, fiscal, and operational terms; and tools for searching and comparing contracts. Launched in October 2015, OpenLandContracts.org promotes greater transparency of land-based investments, facilitates a better understanding of the contracts that govern them, and provides useful tools for governments, communities, companies, and other stakeholders.”

The Embarrass Valley Film Festival is in it’s 11th year! This year, the Festival that —“encourages broader appreciation for and study of film as a potent vehicle for human expression and communication through the exploration of cinematic arts involving people from Illinois and alumni of Eastern Illinois University”– is celebrating Richard Pryor. Did you know he was a native of Peoria? We verified it in the Encyclopedia of World Biography.

Booth has more than you can imagine on this icon of American Comedy. Listed below are a few resources, and a link to a catalog search result for keywords: Richard Pryor.

Furious Cool: Richard Pryor and the world that made him
by David Henry and Joe Henry, 2013
Electronic book available from MyMediaMall 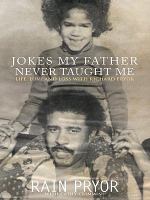