Speaking the Language of Diversity and Inclusion

EIU strives in word and deed to be a diverse and inclusive university. To meet our goals we need to understand what diversity and inclusion looks like and what it sounds like in everyday speech. To that end, Making Excellence Inclusive (eiu.edu/mei) is presenting a workshop entitled:

Speaking the Language of Diversity and Inclusion

We learn culture through language and communication. Without a shared language, cultural change is difficult at best. In an effort to understand what it really means to integrate diversity into EIU’s student life activities, curriculum and pedagogy, and faculty development as well as into the Charleston community, we need to share a common language. This workshop is designed to help us understanding what is meant by “diversity,” “racism,” “white privilege,” “oppression,” “homophobia,” and the list goes, in an effort to work toward creating campus and community climates that move beyond tolerance to understanding and integration.

The resources available at Booth Library can help us share a common language around these issues.

(Access restricted to on campus or authenticated EIU users) 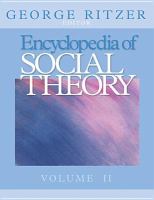 “Eating and reading are two pleasures
that combine admirably.”

Take a look at the good reads in Booth’s main corridor.  Just don’t eat them all at once. . . .

December 1, 1955: Rosa Parks in jail after having refused to give up her seat on a Montgomery, Alabama, bus.

This month we’re looking back and remembering
those who marched, protested, and stood tall
in the face of fierce opposition
to win civil rights for
African Americans.

African American history is the subject of this book display on the third floor of Booth Library.  Prepare to be inspired.

Making Freedom: the Underground Railroad and the Politics of
Slavery
E450 .B59 2013

In Remembrance of Emmett Till: Regional Stories and Media
Responses to the Black Freedom Struggle
E184.93 .M5 M24

The March on Washington: Jobs, Freedom, and the Forgotten
History of Civil Rights
F200 .J66 2013

This Nonviolent Stuff’ll Get You Killed: How Guns Made the Civil Rights Movement
Possible
E185.61 .C633 2014

Some of My Best Friends Are Black: the Strange Story of
Integration in America
E184 .A1 C537

Throughout our nation’s history, black men and women have made important contributions in science, the arts, politics, civil rights, and fields across the spectrum of our society.  This month we have placed on display many of the African American History and Culture resources from our reference collection. Several are listed below and many more are on display in the Reference Room.

Encyclopedia of African-American Culture and History: the Black Experience in the Americas
E185 .E54 2006

New titles at Booth for January

The new titles are listed by their call number. You can review new titles for each month dating back years. Another feature of the page is the link to a specialized search box that allows you to retrieve new items based on the search categories you select.

Here are the results of new titles added in January for…

In support of the Biology Department’s
Darwin Day lecture series,
Booth Library has on display a curated list of books and DVDs on primate and human evolution.

Learn about me on “Darwin Day”!

Darwin Day is February 12th, the date of birth of Charles Darwin in the year 1809, at Shrewsbury, England. On this date, and throughout the month, people from all over the world are honoring the life, work and influence of Charles Darwin with events and activities which celebrate science and our shared humanity. Join in the events and celebrate the adventure of science, and the ‘passion to know’ that drives us to inquire, explore and discover what this world is all about. All events are free and open to the public.

Explore this topic by following the links to book and DVD catalog records, or visit the book display on the third floor of Booth Library in the main corridor.

Defending the Cavewoman: and Other Tales of Evolutionary Neurology
RC359 .K578 2000

Individual Development and Evolution: the Genesis of Novel Behavior

Primate Behavior and the Emergence of Human Culture
GN280.7 .L36

The Third Chimpanzee: the Evolution and Future of the Human Animal
GN281 .D53 1992

Chimpanzees today (also available as a DVD)
click to stream

The list is curated by Kirstin Duffin, Librarian for Biology, Chemistry, Geology and Geography.

Guest lecturer Dr. Jill Pruetz, Iowa State University – Department of Anthropology, (who will present “Life on the Savana.” in Doudna Lecture Hall at 7:00 pm on Monday February 9), authored the above listed book Socioecology of adult female patas monkeys and vervets in Kenya (2009) . Dr. Pruetz also authored the following book chapters: “Feeding ecology of savanna chimpanzees (Pan troglodytes verus) at Fongoli, Senegal” in Feeding Ecology in Apes and Other Primates: Ecological, physical and behavioral aspects (2006), and the chapter “Studying Apes in a human landscape” in Primate Ethnographies (2013).

Guest lecturer Dr. Michael Muehlenbein, Indiana University – Department of Anthropology, (who will present “Hormones, Health, and Life Histories” in Doudna Lecture Hall at 5:00 pm on Tuesday February 10), authored the chapters “Considering risks of pathogen transmission associated with primate-based tourism” in Primate tourism: a tool for conservation? (2014) and “Health assessment and epidemiology” in Primate ecology and conservation: a handbook of techniques (2013). Both of these books are also listed above.